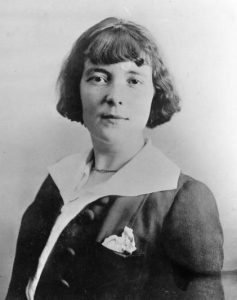 Katherine Mansfield was born on October 14, 1888. To celebrate the 130th anniversary of her birth, Todd Martin explores Mansfield’s relationship to the Bloomsbury Group and her place in literary modernism.

In one of the reviews of the first edition of Katherine Mansfield and the Bloomsbury Group, the reviewer – commenting that the book was as much about Garsington as Bloomsbury – noted snidely: ‘perhaps Bloomsbury sells better.’[1]

There’s some truth to that. After all, the Bloomsbury Group was one of the most noteworthy groups of artists and intellectuals in Britain at the turn of the twentieth century. However, by extending the range of the book beyond Bloomsbury proper to include Garsington – where Mansfield met many of the group – I had hoped not only to suggest the expansive influence of the group beyond its traditional members, but also (and especially) to demonstrate Katherine Mansfield’s tenuous relationship with some key members of the group – particularly Virginia Woolf.

Mansfield was attracted to the status and influence of the ‘Blooms Berries’, as she referred to them, but she was always perceived as an outsider, especially as a colonial. So, as she sought her place in the literary world, she often aligned herself with the fringes of the group, among them D H Lawrence, a staunch critic of the Bloomsbury crowd. In fact, it was Lawrence who prompted Lady Ottoline Morrell to invite Mansfield and her husband, John Middleton Murry, to Garsington, where Mansfield would first encounter the likes of the Woolfs, Clive and Vanessa Bell, Lytton Strachey, and Bertrand Russell, among others.  But as noted in Katherine Mansfield and the Bloomsbury Group, Mansfield also interacted with other contemporary writers of note, including T S Eliot and Walter de la Mare, whose literary circles overlapped with the members of Bloomsbury, though they were certainly not part of the group.

But it is often Mansfield’s life which often attracts scholars and general readers to her and her work, for she was indeed a woman of her time. She lived the life of a bohemian: pursuing love relationships with both men and women, investigating and commenting on the suffrage movement, and even smoking hashish at a party hosted by Aleister Crowley. An eventful life for anyone of the time, but certainly for a young woman from a distant colony. In fact, her early life and experiences in New Zealand add further dimension to her life and to her work, making her doubly a woman of her time.

While almost every New Zealander grew up on Mansfield’s stories, it has only been in the last decade or so that Mansfield’s place in literary modernism has begun to be recognized. Delia da Sousa Correa, one of the founding members of the Katherine Mansfield Society established in 2008, discusses her own early exposure to Mansfield as a young New Zealander and her assessment of Mansfield as a scholar. Noting the preference of the novel over the short story as another barrier to Mansfield’s now building reputation, da Sousa Correa notes that despite this, Mansfield has had a vital influence on numerous writers, including such current authors as Ali Smith and Kirsty Gunn, the latter of whom is the current patron of the Katherine Mansfield Society.

Numerous books and articles have been published on Mansfield in the last decade, as she has gained greater popularity, and what makes the study of Mansfield particularly exciting has been the discovery of new materials, including previously unpublished poems discovered at the Newberry Library by Gerri Kimber, and unknown short stories and letters discovered by Chris Mourant and by Redmer Yska. And the launch of the new online Mansfield exhibition promises to peak the interests of a new generation of Mansfield readers and scholars.

Suffice it to say: Bloomsbury group or not, Mansfield has become a literary force to be reckoned with. 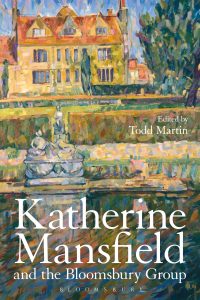 Todd Martin is Professor of English at Huntington University where he currently holds the Edwina Patton Chair of Arts and Sciences. He was recently awarded the Lester J. Cappon Fellowship in Documentary Editing at the Newberry Library in Chicago, IL. He is the Membership Secretary of the Katherine Mansfield Society and serves as co-editor of the Society’s book series, Katherine Mansfield Studies. He has published on a wide variety of authors, including E. E. Cummings, Clyde Edgerton, Edwidge Danticat, Julia Alvarez, Sherwood Anderson, and Katherine Mansfield. He is the editor of Katherine Mansfield and the Bloomsbury Group, available from Bloomsbury.