The past may be a foreign country, as L.P. Hartley claims in his 1953 novel The Go-Between, but recently it has seemingly become the populist destination of choice for those hoping to escape from the complexities of contemporary life. In the context of ‘Brexit’, the idea of a ‘return to the 1950s’ suggests a nostalgic yearning for a lost British identity defined by monarchy, empire and social deference; and a rejection of the liberalisation of the 1960s. However, the two most recent additions to Bloomsbury’s ‘Decades Series’ covering the modern British fiction of the 1950s and 1960s show rather more commonalities and continuities between the two decades than popular perceptions usually allow. Moreover, considering the two new volumes in the broader context of the twentieth and twenty-first century timeframe of the series allows us to reassess the fiction of the 1950s and 1960s as collectively representing a turning point which continues to shape British culture to this day. 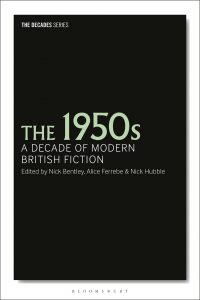 It is not coincidental that the founding texts of British Cultural Studies – Richard Hoggart’s The Uses of Literacy (1957), Raymond Williams’s Culture and Society (1958) and The Long Revolution (1961) – were written over this period. Williams sought to replace Marxist concepts of the ‘proletariat’, ‘alienation’ and ‘false consciousness’ with a set of alternative concepts such as ‘structures of feeling’, ‘community’, and ‘a whole way of life’ in order to analyse the specificities of contemporary British working-class culture and society. These changes reflected a wider shift in critical focus from a narrowly defined ‘literature’ to a much more broadly conceived notion of ‘culture’. Specifically, the late modernist and proletarian literature of commitment which had characterised the 1930s was increasingly rejected by critics and readers of the 1950s. As Doris Lessing complained in 1957, any suggestion of commitment on the part of a writer immediately aroused hostility and distrust because of the quantities of bad didactic novels produced in the past about factories or strikes or economic injustice.

However, there was a problem with the new type of fiction that emerged in the 1950s by writers such as Kingsley Amis and John Wain, which ‘angrily’ expressed dissatisfaction with the residual literary elites and cultural hierarchies while employing a style of plain-talking realism. According to Angus Wilson, for all the effort to move beyond the influence of modernism, the ironic thing about such post-war social novels was that their depictions of characters remained inferior in reality and depth to Virginia Woolf’s. Wilson’s solution to this potential dead end facing fiction was to call for ‘the liberation of fancy, the liberation of imagination, the liberation from the real world around us’ through science fiction such as his own The Old Men in the Zoo (1961) and Anthony Burgess’s A Clockwork Orange (1962). In fact, as these two new volumes indicate, this epochal shift to speculative fiction and fantastika had already begun earlier in the 1950s, with work from authors as diverse as Arthur C. Clarke, William Golding, Mervyn Peake and John Christopher, and would cement itself during the 1960s through the ‘New Wave’ fiction of Brian Aldiss, J.G. Ballard and Michael Moorcock. 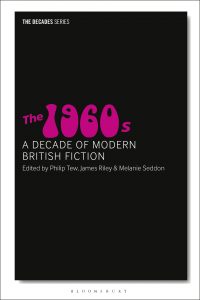 Significantly, this speculative fiction became the home to the political commitment that was driven out of mainstream literature during the period, as writers as varied as John Wyndham and Naomi Mitchison employed fantasy and science fiction to criticise the conservative class and gender politics of the 1950s and early 1960s. As John Clute has shown, even J.R.R. Tolkien’s Lord of the Rings (1954-5) – far and away the most successful work of the 1950s in terms of sales, multiple translations and global awareness in the twenty-first century – registers a ‘wrongness’ within the social fabric of the times. Moving forward through the 1960s and beyond, the speculative investigation of inner space spearheaded in their own distinct ways by Lessing and Ballard got much closer to the sense and causes of the social and psychological breakdown of the mid-1970s than the social-realist novels of that time (see the 1970s volume of this series). By the time their careers came to an end in the twenty-first century, the literary sphere had been completely transformed from that of the 1950s and 1960s. In retrospect, we can now see those two decades as the period in which the modernist and proletarian literatures central to the first half of the century segued into the speculative genres of writing which would eventually assume the same importance in relation to the late twentieth and twenty-first century.