2018 is a special year for Sarah Waters as it marks twenty years since the publication of her debut novel, Tipping the Velvet. When it was released in 1998, the book was immediately recognized as a game changer; it was credited with inaugurating a racy new literary genre (‘the lesbo historical romp’, as Waters memorably described it) and Waters was heralded as a feminist voice for a new generation of women writers. With its gloriously risqué title, the book was also commended for its portrayal of female sexuality; Tipping celebrated female same-sex desire and reveled in the carnality of diverse sexual practices.  Very quickly it began to win literary awards, and soon after Andrew Davies adapted it for the BBC to critical acclaim. More recently, Waters’s novel was transformed into a musical for the stage, enjoying a short stint at London’s Lyric Theatre in 2015 thanks to the work of acclaimed playwright, Laura Wade, and the award-winning skill of director Lyndsey Turner.

Of course, Tipping wasn’t the first historical novel to portray lesbianism. As Waters’s herself reflected in an anniversary commentary she wrote for The Guardian, the book emerged from her doctoral research on queer historical fictions and was influenced by several earlier texts, including Isabel Miller’s Patience and Sarah, Ellen Galford’s Moll Cutpurse, and Chris Hunt’s Street Lavender. But Tipping made an impression on readers and literary culture in a way that those texts didn’t. The book transported readers back to a period in queer history that’s renowned for tragedy, specifically the downfall of Oscar Wilde, but Waters opened that landscape to tell an alternate tale, an upbeat lesbian one with a ‘1990s flavour’, as she put it. And at the forefront of the novel was a lively and loveable male-impersonating heroine, Nancy Astley, whose dramatic exploits, fraught romances and fun coming-of-age adventures extended across numerous music hall stages, pubs, clubs and domestic spaces in and around Victorian London. What’s not to love!

But, as I argued in Sarah Waters: Gender and Sexual Politics (2017), Tipping the Velvet was decidedly political. Sat within and alongside the explicit sexual content, the novel responded to, and engaged with, numerous cultural debates of its day. It tackled issues affecting women’s lives, from everyday objectification, questions of gender, class and economics, alongside the challenges of motherhood and domesticity among other subjects. When I came to write my book, which emerged from my own doctoral study on Waters, I felt that Tipping had so much to say about feminist and queer agendas that I could write a monograph based on that novel alone. Eventually, though, I focused my reading on how Tipping engages with bigger debates about what it means to be a woman, a question that, I’m sad to say, the recent protests about inclusivity at London Pride 2018 indicated, is one that’s still divisive today. Twenty years on Tipping the Velvet remains relevant for this very reason. When Nancy grapples with homophobia, misogyny and abuse, Waters invites us – if not reminds us – to think about how these life-changing issues impact individuals emotionally and physically.

Interestingly, in her Guardian reflections, Waters commented that of all the things that stuck out to her when she revisited the novel recently it was the blanks surrounding the character Kitty Butler, Nancy’s first love: ‘I find myself wondering now: what’s going on for Kitty? Where did she come from? What makes her tick?’ In suitable Waters style, though, she ended the piece on a teasing note with an ambiguous remark: ‘If I were to ever to write a sequel to the novel, hers is the story I might tell’. I don’t know about you, but twenty years on from the original, I’m more than ready for Tipping the Velvet – take two. Let’s hope she writes it and, in the meantime, happy birthday Tipping the Velvet! 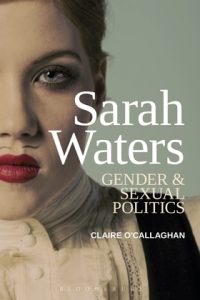