Ignacio M. Sánchez Prado answered a few questions for us about the new volume he edited, Mexican Literature in Theory.

An engagement between Mexican literature from the 19th to the 21st century and different schools of literary and critical theory, to explore the ways in which they illuminate and problematize each other.

The Mexican literary studies field tends more toward philological and historiographic approaches and the book is meant to open the space for more conversations related to theory and to conceptual work.

It’s a collective effort that gathers the work of some of the top Mexicanists working in the English-language academy.

The focus on theory in relation to Mexican Literature.

An interest in reading literature in its sociocultural context.

I have read a good bit. My current favorite is Viktor Shklovsky: A Reader, which is a brilliant recovery of a major literary thinker of the 20th century. 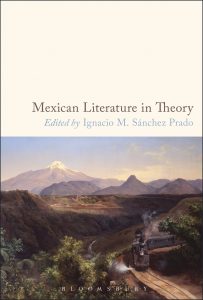