In the weeks following another successful batch of Object Lessons (if you haven’t already, check out our March OLs: Luggage, Rust, Souvenir, and Burger), we’re excited to look forward to the books coming down the pipeline. Especially exciting is that first real step toward a finished book, the front cover!

We’ve collected below the four latest covers from our lovely Object Lessons designer, Alice Marwick. When they look this nice onscreen, we can’t wait to see how they’ll look in print. 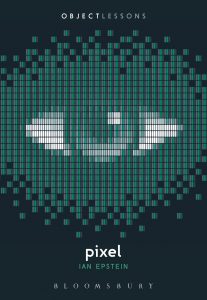 The logic of the pixel existed millennia before the technology to light it up. That logic is simple: dots arranged carefully can produce a picture. Need a clearer picture? Add more dots. Need color? Add more dots! Need the picture to move? Well, that’s where things get interesting…

From ancient mosaics to smartphone screens, this book traces the long history behind the little lights we increasingly use to look at and interact with the world. 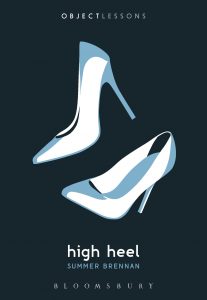 Fetishized, demonized, celebrated and outlawed, the high heel is central to the iconography of modern womanhood. But are high heels good? Are they feminist? What does it mean for a woman (or, for that matter, a man) to choose to wear them? Meditating on the labyrinthine nature of sexual identity and the performance of gender, High Heel moves from film to fairytale, from foot binding to feminism, and from the golden ratio to glam rock. It considers this most provocative of fashion accessories as a nexus of desire and struggle, sex and society, setting out to understand what it means to be a woman by walking a few hundred years in her shoes. 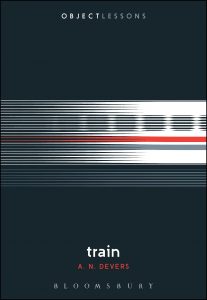 Triggering severe nostalgia and denoting adventure, mystery, and glamour, the passenger train is still portrayed as the most romantic mode of transportation in history. But what does long-distance travel by train really add up to today? In 2005, after quitting not only a successful museum job but a profession, writer A. N. Devers bought a 30-day rail pass and circumnavigated the United States (and a bit of Canada), disembarking and visiting over a dozen towns and cities, finding that the passenger car was at once adventure and a nightmare—the promise of self-discovery and renewal via train trip was only a daydream.

Instead she emerged from her 8,111-mile journey with a close view of America’s crumbling infrastructure and the decaying communities alongside the tracks. The train, it turns out, is a portal to what might have existed if America’s rails hadn’t been sold off and bought out. 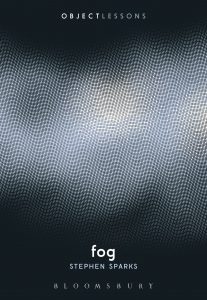 Fog, a cloud that touches the ground, marks the fuzzy and shifting boundary of just how much (or little) we are willing to tolerate the natural world. Viewed from beyond the fog line, it is picturesque, the stuff of postcards and viral videos; yet from within it is a menace, responsible for travel delays, accidents—including the deadliest airline disaster in history—and a vessel of terror and contagion. Stephen Sparks’s Fog traces the brief history of fog from the mid-19th century, when Oscar Wilde claimed that fog was invented, to the 21st-century Pacific coast, where scientists believe fog may be going extinct, to reveal a history of our conflicting desires to eliminate and appreciate fog.