The winter of 1845-46 was rough for the Franklin Expedition. Between tuberculosis, exposure, pneumonia, scurvy, and lead poisoning, the expedition’s entire crew died before that winter was out, trapped in the Victoria Strait by the treacherous Canadian Arctic ice with ‘only’ 2,900 books from the ships’ bookshelves for company. 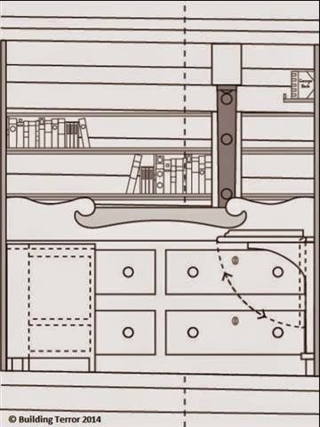 The Franklin Expedition was tasked with traversing the ever-elusive Northwest Passage – they were to find a route that would connect the Atlantic and Pacific Oceans at northern latitudes. The expedition’s commander, Captain Sir John Franklin, like his many contemporary Victorian explorers, saw to it that the expedition’s library was well-stocked and that the ships were well-shelved. When the Terror and the Erebus sailed from Greenhilthe, near London, in June of 1845, the Erebus had a library of 1,700 volumes and the Terror carried 1,200 books, including “everything from narratives of earlier Arctic expeditions and geographical journals to Charles Dickens’ Nicholas Nickleby and bound copies of Punch magazine.” But in order for the ships to house such a collection – the expedition intended to spend at least two winters in the Arctic, sussing out the best maritime route – the ships would need some serious bookshelves.

Libraries – with bookshelves – were important components of eighteenth- and nineteenth-century scientific expeditions. Not only were books crucial references for the ships’ naturalists, books with astronomical charts were critical navigational aids. Accounts of earlier travels were vital reading for the officers and crews if expeditions wanted the best chance of success, especially under harsh environmental conditions. For expeditions like the Franklin, where the crew would have to while away countless cold hours in the unforgiving Arctic, volumes like Punch and Nicholas Nickleby would help to pass the time. (The Franklin Expedition also stocked up on paper and materials to teach non-literate crew members how to read and write.) But more than anything else, bookshelves on the expedition ships were fitted to insure that they could accommodate collections as well as keep the books safe, dry, and accessible without sacrificing the ships’ buoyancy and balance. 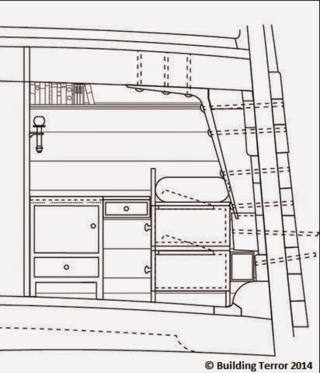 Bookshelves tend to fall into the backdrop in the history of exploration – they’re overlooked objects, architectural curios. They’re practically background scenery, especially compared to other instruments of exploration and history of science – be it cartography, natural history, or any other kind of empire-building. But all expeditions depended on these ‘mobile’ libraries and the knowledge that was stored on the ships’ shelves. The Franklin Expedition’s collection of 2,900 books on the Terror and the Erebus was no exception. The shelves – and the books on those shelves – were an integral part of everyday expedition life, creating an inexorable and physical link between book and bookshelf.

Lydia Pyne (PhD) is a freelance writer, editor, and historian, and a Research Fellow in the Institute for Historical Studies at the University of Texas of Austin, USA. She is a Contributing Editor for The Appendix and a Reviewer and Essayist for NewPages and New York Journal of Books. Her latest book, Bookshelf, was recently released in Bloomsbury's Object Lessons series.