Guest Post by Mark Yakich on the 1st edition of Poetry: A Survivor’s Guide What is one to think of the following picture? 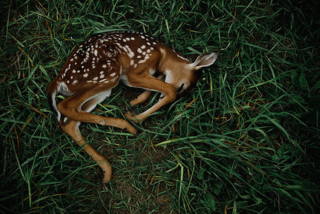 Is it a bit shocking? A bit adorable? Is it shockingly adorable? Whatever it is, it is the image I had initially envisioned for my book’s cover. As someone who’s been interested in design and art for a long time, I’d even made mock-up: 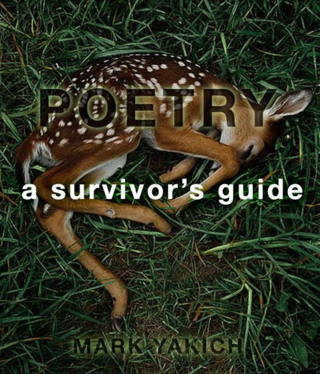 I’d found the image of the dead baby deer by chance on Flickr, and felt immediately that it captured a certain feeling that I have about poetry—that beauty is sometimes best displayed in the ostensibly sorrowful or awful. It’s an overly sentimental notion, perhaps, and one I associate with a famous line from Rilke’s Duineser Elegien (Duino Elegies): Denn das Schöne ist nichts / als des Schrecklichen Anfang… (For beauty is nothing / but the beginning of a terror…). As my book’s title employs the words “survivor” and “guide,” the image also brought forth the idea of the book as being somehow helpful when entering dark woods. I liked that notion both literally—one might take the book on a hike or a camping trip—and figuratively, in the sense of reading and writing a poem as an adventure into an unknown territory. Apparently, however, the art director or designer had other ideas, most of them involving the vanishing point of a road or highway with something askew: 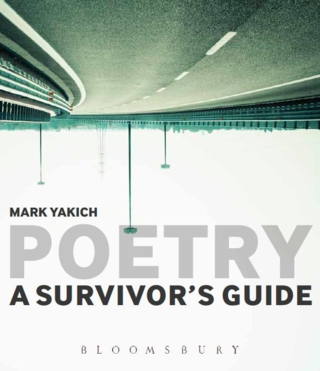 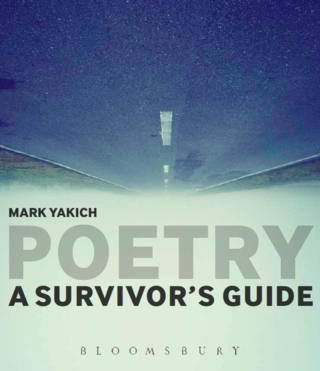 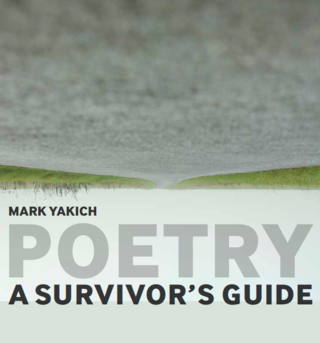 In the end, I am pleased with the cover we finally settled on: 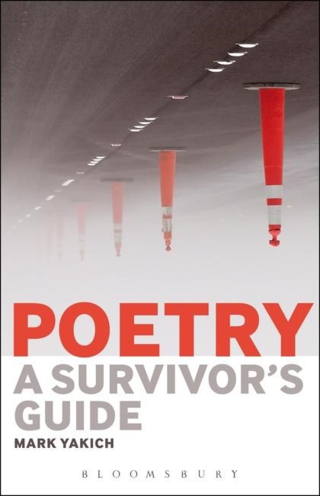 And as an object, the book itself is lovely. The Rilkean aspect of the cover, for me, does not reside in the red-orange emergency cones. Rather, it’s what those cones point to: the word “poetry” and the misty white space intimating oblivion—an unknown beyond both dark woods and dark words. Mark Yakich is is the Gregory F. Curtin, S.J. Distinguished Professor of English at Loyola University New Orleans, USA, where he has been editor of New Orleans Review since 2012. He is the author of the poetry collections Unrelated Individuals Forming a Group Waiting to Cross (2004), The Importance of Peeling Potatoes in Ukraine (2008), and Spiritual Exercises (2019); a novel, A Meaning for Wife (2011); and Football (Bloomsbury, 2022). Poetry: A Survivor’s Guide is now in its 2nd edition and has a new cover.