Is there any better gift to give or receive than books? We don’t think so! So we’ve asked some of our authors to share with us their Bloomsbury Holiday Wish Lists, to help inspire your gift-giving this season!

Today’s Wish List is from Francis O’Gorman, author of Worrying: A Literary and Cultural History. He has written or edited twenty books, mostly on English literature, and his many essays discuss literature, mental health, music, and the state of the modern university. His most recent piece of creative non-fiction is a memoir, Forgetfulness (2016). He is a Professor in the School of English at the University of Leeds, UK. 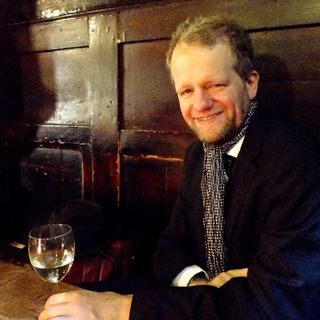 A Brief History of Anxiety … Yours and Mine by Patricia Pearson

FO: I admire this book for its cultural ambition, its sensitivity, and its wit. Pearson is generous and subtle in her understanding of anxiety—both her own and that of others—and the brief history is as full of thought-provoking ideas about fretfulness as it is descriptive of minutely observed habits of the anxious mind.

FO: Here is a vibrant account of the strange life, and even stranger friends, of the English novelist, travel writer, and country-house-party-inveigler, Evelyn Waugh. Narrating with perception but also a dry sense of humour, Brennan allows the inventive eccentricity of Waugh and his circle to be seen without judgment.

How to Read a Graveyard: Journeys in the Company of the Dead by Peter Stanford

FO: I am a life-long visitor of the dead. Peter Stanford’s study of tombs from ancient Rome to Père Lachaise to the Commonwealth War Graves of Northern France to modern burials is at once sombre and absorbing. A miniature cultural and theological history of thousands of years, the book is a rewarding and often moving survey of how the living have commemorated those no longer with them.

FO: Larkin is as widely read as a poet as he is widely disliked as a man. James Booth’s enticing biography comes from a life’s work on this gloomy writer and is full of attentive and revelatory accounts of the poems. Booth draws on testimony from those who knew Larkin in an effort to recuperate, at least to an extent, a man who was not as bad as his reputation maintains

Cobra in the Bath: Adventure in Less Travelled Lands by Miles Morland

FO: I hope someone buys me this … From what I have read it’s both original and hilarious. Miles Morland is dangerously funny and if he talks the same way he writes—with pitch perfect anecdotes of travel—then he must be a man to avoid if you’re in a hurry.

All of these books, as well as Francis O’Gorman’s Worrying: A Literary and Cultural History are currently on sale as part of our Holiday Sale on Bloomsbury.com, until December 12!