In less than 30,000 words, each book in the Object Lessons series opens our eyes to the buried meanings, uses, and significance of ordinary things. Last week, the authors and editors of Object Lessons came together on a Reddit AMA to answer questions about the series and the six new titles published last month. Here are some interesting facts we learned from the chat:

1. We’ve been storing tomatoes wrong all this time.
“Never refrigerate tomatoes. They give off ethylene gas that makes other produce spoil faster.”
—Jonathan Rees, Refrigerator

2. Everything is waste once we stop using it.
“The immensity of waste and its ability to complicate our presentist feelings about time and desire can also have a productive, even optimistic function. It might force us to extract more from our time and our desires while we can.”
—Brian Thill, Waste

3. Phone booths really are emotional places.
“There's the famous scene in Anchorman when Ron Burgundy screams that he's in ‘a glass case of emotion.’ That scene says it all, in my opinion.”
—Ariana Kelly, Phone Booth

4. That little voice in the back of your head actually does something.
“Five years ago, a man was found who has no inner voice. Even more surprising, his adult children have no inner voice, either. And they are all extremely dyslexic–inner silence makes it nearly impossible for them to read.”
—John Biguenet, Silence

5. There’s actually a reason so many films have swanky hotel scenes.
“In the early 20th Century, it seemed tempting to tell stories in hotels, because it was possible to bring together different sorts of characters, and it's easy and effective to recreate the clean-lined Art Deco hotel rooms, fashionable at the time, for shooting in black-and-white.”
—Joanna Walsh, Hotel

6. Glass used to be a verb.
“In Shakespeare's time, to ‘glass’ something meant to showcase it, perhaps placing it in glass or in front of a mirror or just more broadly to turn our attention to it.”
—John Garrison, Glass 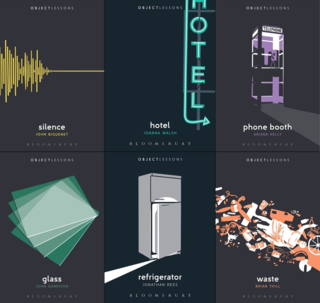