We asked author Emma L. E. Rees a few questions about her book, The Vagina: A Literary and Cultural History, out now in hardcover. 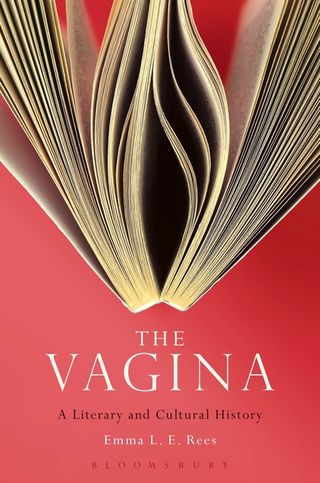 Bloomsbury: Why write a serious book about The Vagina? What does it mean to you professionally? And personally?

Emma L. E. Rees: The vagina – not just as biological entity but as powerful cultural symbol – has become a hot topic in recent years. I owe an immense debt to Eve Ensler (The Vagina Monologues), of course, and although some aspects of her work come under fire in my book, I do acknowledge and respect her trailblazing bravery. We live in an age where pornography is more easily accessible than ever before and where, at the same time, it is utterly divorced from reality. Women face unprecedented physical and political attacks from legislators and spiritual leaders, as well as from men who quite simply hate women and girls. What struck me as I began to research the book was that the sometimes wilful misunderstandings of the vagina, and their resulting responses of fearful revulsion and hatred, were nothing new, but were in fact firmly rooted in deep-seated cultural assumptions. For example, in The Vagina, I draw pretty direct links between the sometimes brilliant satire of South Park and the explicit lyrics of 12th-century itinerant European poet-musicians. I certainly never expected that to happen! I also demonstrate how the ancient myth of the vagina dentata (the ‘toothed vagina’) serves to justify some of the abhorrent practices being carried out against women, girls and transgendered people worldwide today. I’m pissed off by how powerful men cannot acknowledge the reality of the vagina, but instead want to control, demonise, or attack it. Being pissed off has always been a great motivator for me!

B: Describe the moment in which you realized you were writing a full length book about Vaginas?

ER: There’s a character in George Eliot’s Middlemarch called Casaubon – an awful, emotionally arid man – whose life’s work is a Key to All Mythologies. It’s – of course – a work he can never finish because of its vast scope. I set out with an unintentionally Casaubon-like aim: to write a history of all vaginas everywhere, ever. The total impossibility of that task very quickly dawned on me, of course, so, I tested the water by publishing a couple of vagina-related essays (on Shakespeare, and Charlotte Brontë). The responses were pretty positive and soon I began to see a clearer focus for a book. But it all started – as the book’s own narrative does – with an accidental visit to a remote parish church deep in the British countryside in the 1990s.*

*Explained in detail in Revealing the Vagina: Introduction

B: What was the most exhilarating aspect of your research for The Vagina?

ER: Realising that it was a book that could reach people; that could lead to activism beyond academia; realising that the zeitgeist was on my side – as senators debate women’s bodies and reproductive rights and as activists who reclaim the word ‘Pussy’ become the suffragettes of the 21st century; and realising that I might be able to educate people and get them to look – really look – (metaphorically or – of course – literally) at the vagina and think about it in new, positive ways.

B: What was the best reaction a friend or colleague had to the news of the subject of your forthcoming book?

ER: There isn’t one that stands out, really. People have been generally very supportive. The students I teach have been intrigued and, ultimately, enlightened. Family members have been supportive but won’t really see what I’m trying to do in the book until they read it. I think it’s fun telling people about the book and its uncompromisingly clear title. Reactions vary and nearly always make me laugh – I’ve learned to maintain eye-contact and say ‘My book is called The Vagina’, and watch as they sometimes blush, or, not being at all sure that they can have heard me correctly, ask me to repeat myself. Most often, though, there will be a long, drawn-out ‘Riiiiight …’ followed by – in the UK, at least – a quick change of topic to the weather or last night’s TV.

B: Can you describe some of the images in the book? How did you choose them?

ER: Several of the images are details from Judy Chicago’s momentous art installation, The Dinner Party. Judy was very generous and supportive in terms of giving permission. I just think it’s really important to be able to direct your reader to a visual image instead of increasing the interpretive distance by attempting to describe it. This is the case with the wonderful Artemisia Gentileschi painting I include, of Judith slaying Holofernes: the picture says so much more than I can say about it, so I really wanted it in there. An Italian friend was invaluable in terms of helping me negotiate the minefield of Italian bureaucracy in order to secure permission to use it. I only met official resistance in trying to get hold of two images which in the end I had to drop: one, a Frida Kahlo painting, is in the private collection of a globally-famous singer whose publicist tried to help out, but who ultimately couldn’t; the other was a painting by an artist best known for her large canvases which are, according to the Foundation and Museum who refused to give me permission to reproduce them in the book, of flowers – just flowers – and have no genital imagery in them at all. I just don’t buy that, and it’s a shame they’re not in the finished product.  I do think the book’s title and subject-matter scared some people off granting image reproduction permissions – but that just serves to underscore why there’s an urgent need for this very book!

B: What inspired you during the writing process? Any particular place, person, book or album?

ER: As with so much of what I do, I tend to write in an ‘all or nothing’ kind of way. Gladstone’s Library (a residential library in North Wales) was instrumental in getting the book finished. There, everything’s taken care of, and I can write flat out for, perhaps, 12 or more hours a day. Solidly. It’s a luxury that everyday life doesn’t afford. I have to work in silence, and am most productive on days when I’m not lecturing, when I can sit and read and write in the quiet of my home, preferably looking out at the garden, surrounded by my cats and dog. Walking Mitzvah, our Golden Retriever, is also a wonderful way to relax and to ponder the day’s work: her boundless joie de vivre takes me out of myself. Writing can be a pretty blissful existence. That sounds trite, I know, but my maternal grandmother was in service (she was a maid in a big house, very Downton Abbey style) and my paternal grandfather was almost killed in the Welsh coal pits (he trained as a teacher once he realised being a miner wasn’t for him), so I have little time for people who say that writing’s hard. It can be difficult and frustrating and all-consuming, but it’s not hard like working in a mine or lighting fires at 6am on a bitterly cold winter’s morning is hard. On a lighter note, watching DVD box sets with my husband is a perfect way to stop work: we’re just about to start Season 4 of Breaking Bad.

B: What are three incredible things you learned while writing this book?

ER: Two positive ones, and a negative. The first is a fact that’s always fascinated me, and that I could think more about for the book: it’s the idea of the reach of ideas. Anthropologically-speaking, before lines of communication were open between cultures, before any possibility of, if you like, intellectual contamination, very, very different and geographically isolated communities were coming up with their own stories about the vagina dentata. This suggests a remarkable pervasiveness of an almost primal misogyny and fear.

The second is that without language we cannot have meaning – a key plea in my book is to find a name for the unnameable. In other words, what does it mean that, in English-speaking culture, the single most abhorrent and taboo word is also the only accurate word for describing a woman’s sexual organs? Why is the ‘c-word’ not seen?

A third, more negative thing that has struck me is that there are an awful lot of people out there who are determined to be upset or affronted by this book without having read a page. And these haters, trolls and misogynists, who prowl the internet looking to make mischief, hurt feelings and cause emotional pain, are precisely the sort of people who make me confident that the time is right for The Vagina. The incredible fact is that for every lowlife hater there are many, many supporters. The lesson really is not to read the comments posted on articles online!

B: Why should people without vaginas read this book?

ER: Because they most likely know – and may even respect – some people with vaginas! Because they never previously realised how South Park or Sex and the City make important interventions into debates around the cultural centrality and paradox of the vagina. Because to be squeamish about the reality of women’s bodies is a ridiculous philosophical illogicality. And because not challenging one’s own prejudices perpetuates petty small-mindedness and conflict. In other words, why the hell shouldn’t they read it?!

B: What’s next? What comes after vaginas?

ER: The first and last words of The Vagina are the same – I’m not going to put a spoiler here, but the gist is that, in my writing, topics seem to find me, rather than me finding them. The next book is, to my mind, an entirely logical development from The Vagina, but to other people it will almost certainly look like a thematic departure. I’m not ready to share my thoughts and plans about it yet, but it’s safe to say that no other body parts are going to feature in quite the same way as they do in The Vagina!

One thought on “Emma L. E. Rees Answers Our Questions About “The Vagina: A Literary and Cultural History””