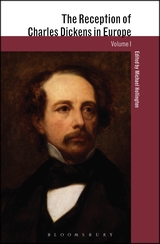 the magnificent two-volume Reception of Charles Dickens in Europe. Edited by Michael Hollington and a must for any University Library, this book brings together nearly fifty international contributors to provide a comprehensive survey of Charles Dickens's reception throughout Europe from his own lifetime through to the present day. With guides to major translations in each country and an historical timeline of Dickens's European reception, the book is a fantastic addition to our long-running Reception of British and Irish Authors in Europe series.

To celebrate, here's five interesting fact about Dickens's reception in Europe taken from the book, that you might not know: